Joe Donato and David K. Ginn collaborated on this feature.

It’s been nearly two years since the initial release of Mass Effect, and despite Bioware’s teases, no one was really expecting new DLC. But here it is – after promises of missions that would bridge the gap between Mass Effect 1 and 2, we get Pinnacle Station.

Pinnacle Station is a gauntlet of 12 virtual arena fights on yet another space station. It recycles environments from the main game for its arenas and it offers up some of the weakest voice acting in the game. All this, for only $5?

In a world where Bethesda released five amazing Fallout 3 expansions in nearly as many months, this simply doesn’t fly. Pinnacle Station offers none of the things that make Mass Effect so great, namely, interesting characters and branching conversations. Instead it focuses on one of the game’s weakest aspects; combat.

So we decided to brainstorm 10 ideas for Mass Effect DLC that would be better than Pinnacle Station. Bioware, start taking notes:

Wrex’s Christmas Special
When Wrex’s mother invites him home for Christmas, the whole gang tags along, making for an unforgettable weekend that Shepard and his crew won’t soon forget. Despite being ruthless warriors, the Krogans have a soft side, as Shepard learns through over 20 jam-packed missions. Will Krogan Santa visit the research station Wrex’s mom calls home, or will Shepard have to take a break from saving the world… to save Christmas? There are no refunds for this item.

Facials at the Asari Day Spa
Face over 30 new missions in this ultimate expansion pack that delves deeper into the Mass Effect universe. An anonymous contact claims to know more about the dealings of Matriarch Benezia. Shepard and his team must go to the Asari Day Spa in the Voyager Cluster and uncover the identity of the contact. This won’t be easy, as Shepard has been working hard, and could use some spa treatment to cool his character. Choose from over 20 different massages and facial moisturizers, and take a break in the tanning booth for extra Paragon points. This item has been rated M for an awkward sexual scene that is more discomforting than it is arousing.

Space Station Makeover: Home Edition
After a hostile take-over of an illegal, black-market space station, Shepard and the crew decide to call the place their own. Decorate your new living quarters with 20 different wallpapers, including Paragon Plaid and Renegade Floral. Balance your new Feng Shui skill with an arrangement of the best Salarian furniture. Gain stat buffs by eating with only the finest Krogan silverware. 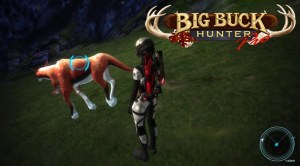 Space Game Hunter
It’s hunting season on the planet Nodacrux! Travel the rolling hills of this beautiful planet in search of wild game. Choose from 10 new hunting rifles and 5 styles of camouflage. Engage in 7 new animal call minigames! Adorn the halls of the Normandy with your kills in this exciting new mission!

Mako Racer Extreme
After an unexpected collision leaves the Normandy stranded in orbit above Phaistos, Shepard needs the help of Joker to save them all. The best pilot around becomes the best race driver in the planet’s underground Mako racing league. Take control of Joker for the first time ever as you compete for pink slips and reputation in 20 tournament events. Customize your ride with over 200 parts including spoilers and undercarriage lights. Can you rise to the challenge and save the Normandy? Or will you be left in the dust?

The Shepard Tapes
Your love story continues as Shepard begins to worry he’s not winning Ashley’s heart. After an action-packed mission to shut down ExoGeni’s subliminal advertising campaign, Shepard uses the confiscated data discs to make a mix tape for Ashley… and make her fall desperately in love with him. The situation gets out of control when Garrus, not Ashley, listens to the tape. Soon the entire crew of the Normandy is after Shepard’s heart, and they’ll do anything to get it. Can you survive the onslaught of true love, or will you be consumed by its flames? Special guest voice Elizabeth Berkley. 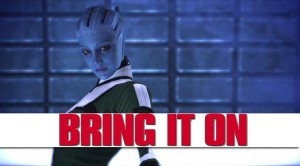 Flux Dance-a-Thon 3000
Doran invites Shepard and the crew down to Flux for a drink, but they get more than they bargained for when a local group of Flux-dancing teens serves them up on the dance floor. Does Shepard have all the right moves to meet their challenge, or will he be served once again by these smooth-moving youngsters? It’s your turn to bring it on with over 50 Flux Dance variations, top prizes, online leaderboards, and more. Includes a gripping subplot where Tali has three days to prove to the man of her dreams that she can dance like nobody’s business. Bring it on!

Space Cow Farmer
A distress signal leads the crew of the Normandy to a farm town in the Armstrong Nebula. Give aid to a struggling farmhand as he tends to his cows. Decide the fate of two competing families and the forbidden love that binds them. Will you be the hero, reuniting the star-crossed lovers and showing the families the fault in their ways? Or will you manipulate them all for your own benefit?

The Clip Show
Stuck in a singularity caused by a malfunctioning mass relay, Shepard and the crew reminisce about old missions, while trying to find a way out. Replay your favorite Mass Effect missions, and try to find your way out of the singularity. Jam-packed with over 30 missions you’ve already completed, it’s a trip down memory lane that is sure to keep you satisfied. 400points.