The new Ghostbusters movie feels like a video game rushed to launch in need of a day one patch that will never come. This film wasn’t ready for prime time — it’s clear from the moment a half-assed title card appears on-screen, and only emphasized by several amateur edits and forced cameos. The theme song appears over and over, as if to assure viewers that they are, in fact, watching a Ghostbusters movie. The big irony here is that almost everything wrong with this film happened in the editing room, having little to do with the performances of the main cast.

The four actresses that make up the new all-female Ghostbusters team — Melissa McCarthy, Kristen Wiig, Kate McKinnon, and Leslie Jones — play their parts to near perfection. Had they been in a better movie we might have genuine conversations about which Ghostbusters team is our favorite. Their sheer enthusiasm often transported me into their world, inspiring the same imagination I felt as a kid with the original 1984 cast. They’re having a lot of fun being Ghostbusters, and that fun is contagious. When you ask the question, “why have female Ghostbusters?” this cast is about as good of an answer as you can hope for. 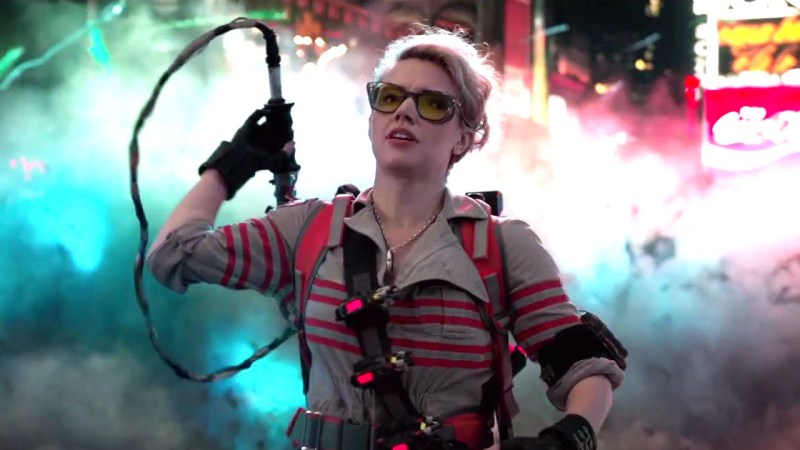 The real crime with Ghostbusters is how little confidence it has outside of that core cast. So much of the film feels compromised, either in an attempt to insult the vocal OG Ghostbusters fanbase or desperately appeal to them. When it isn’t joking about angry YouTube comments, it winks and nods with no less than five cameos by original Ghostbusters actors. The main villain is basically the Angry Video Game Nerd, yet there are references to the past films that only the Angry Video Game Nerd would understand.

All of this when Star Wars: The Force Awakens exists as the perfect blueprint for how to make a reboot like this work. But the old Ghostbusters team doesn’t pass the torch on to the new school — in fact, the old team doesn’t exist at all here. The cameos serve as nothing more than shitty a-ha moments to sell tickets, while the film itself is a hard reset, ensuring that nothing the female team does truly counts in the “real” Ghostbusters canon. If you needed evidence that the people at the helm of Ghostbusters never truly had confidence in it, there you go.

But even ignoring the narrative potential of this being a true third Ghostbusters movie, it could have been a lot better simply by focusing on its own identity. The good parts of the film all involve the four women, their transformation into Ghostbusters, and Kevin (Chris Hemsworth), their hilariously dopey and handsome secretary (He’s the foundation of a good 40% of the best jokes in the film). 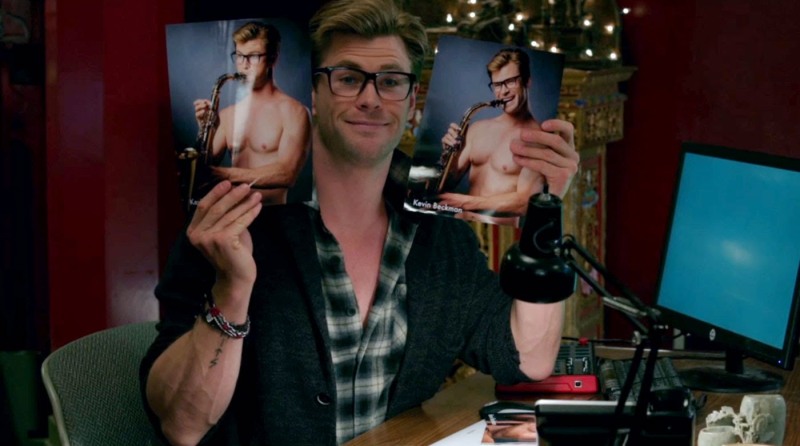 The rest of the time, the film force feeds its heroes into a conflict that doesn’t work. The villain isn’t a ghost, he’s an angry-white-boy terrorist who plants ghost bombs around the city to summon spirits and trigger the apocalypse. The result? Our heroes go through the ghostbusting motions, hitting all the same beats that the previous films did, while the writers pat themselves on the back for sticking another one to those nerds online.

When the big climax of the film begins, it’s less because the character development and motivations bring us there, and more because the credits need to roll soon. There’s a dangling plotline where Kristen Wiig’s character separates from the group, but it feels like half of a deleted scene that they forgot to remove. Her triumphant return is more confusing than anything, and the ensuing action sequence is a drag without any substance to it.

I spent a lot of Ghostbusters wildly flip-flopping between gleeful laughter and cringing boredom. Some scenes landed perfectly, while others were a chore to sit through. It’s a movie I want to say I liked, because the good parts were great, and the female cast that ignited so much controversy turned out to be the best part. At the same time, it’s obvious this film was compromised, either by marketing forces and backlash, or the pressure to live up to the original films. The final product lacks polish, as if the creators were tweaking scenes up to the final hours, knowing that they couldn’t actually salvage it without massive reshoots. In lieu of Ghostbusters version 1.1, or some kind of extraordinary director’s cut, it might be best if this reboot gets a reboot of its own. Take the same cast, and just try it again.