I’ve put a lot of time into Destiny’s Iron Banner “Reforged” over the last three days. The event, set to run through November 24th, is a twist on Crucible PvP where the gear you bring into battle can give you a big advantage. A level 30 player is going to have an easier time, and that’s the whole idea — to reward the players who have spent dozens of hours leveling and raiding to get the best stuff.

It’s also an opportunity for those who have been unlucky with raid gear drops to finally (maybe), get those boots or gloves they’ve needed to reach level 30. That’s been the case for me, and I’m happy to report that the grind through Iron Banner’s reputation ranks is pretty reasonable if you’re dedicated and can do some of the tougher bounties.

There are some tips and tricks for ranking up in the Iron Banner, but this isn’t the place for that. What I want to talk about is what Bungie could do to improve the event. While they’ve gone a long way to patch and improve the game, and Iron Banner 2.0 addresses a ton of the issues that the first event had, there’s still some kinks to be worked out.

The Bounties are Repetitive and Encourage Boring Play

For the last three days, the Iron Banner bounties have been the same set of six repeated over and over again. For the most part that’s fine, if not a bit lazy. Earn 10000 experience points in the Iron Banner Tournament? Sure, that can be earned in a multitude of ways. Where I take issue with this design is in the bounties that encourage the use of specific weapons.

The 20 Auto Rifle headshots bounty, for example, has been the bane of my existence for the last three days. For one, I prefer to use hand cannons in Destiny, and my best raid gun, Vision of Confluence, is a scout rifle. I wasn’t lucky enough to grab the SUROS Regime, an auto rifle sold by Xur one week that gives the Vex Mythoclast a run for its money. Basically, I’m stuck doing this bounty with Shadow Price, an auto rifle I grabbed from the Tower because I needed SOMETHING to get those headshots with.

And that’s fine, I don’t mind that I don’t have the best auto rifle for the job. My issue with this design is that it is encouraging more players to use a gun we all know needs a slight nerf, and it discourages a wide swath of primary weapons from being used in the tournament. Basically, you can’t go three feet in Iron Banner without the iconic staccato of a SUROS.

Every day with Iron Banner is a rush to finish the auto rifle headshots bounty and swap back to my Hawkmoon, and I’m sure it’s the same case for those having to forgo their favorite rocket launcher for the 10-headshot heavy machine gun bounty. For the next Iron Banner, I hope Bungie spices up the bounty board with goals that encourage diverse play, and hopefully, new, unique ways to win day-to-day.

The Map Rotation is Painfully Small 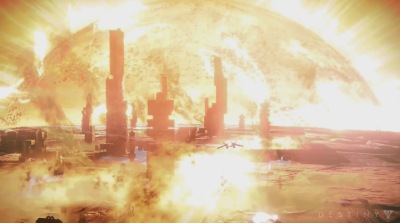 I suppose the fans have spoken about those vehicle maps, huh? I personally like them, at least when they’re properly weighted in the map rotation. In Iron Banner they’re nowhere to be seen, and that, coupled with several maps that go unused in the Control gametype, limits the rotation to five possible maps. That means a lot of time spent playing one map back-to-back-to-back if the random rotation isn’t on your side.

It’s a shame because there are three maps that go unused in Iron Banner, even though they don’t require vehicles. One, Exodus Blue, is a Playstation exclusive, already designed for Control, just sitting there going unused for those players who went with Sony’s platform to get more variety. The other two, Anomaly and Burning Shrine, are almost never seen outside of less popular gametypes. Presumably they aren’t made for 6 vs. 6 control matches, though I’d like to at least see Bungie give it a try so I can play one less match on Twilight Gap.

More confusing is why Iron Banner features Control exclusively. Destiny’s gametypes are simple, certainly a step down from the Oddballs, Invasions, and Headhunters of Bungie’s Halo days. It wouldn’t be jarring at all to jump from a Control match, to a Clash, to a Combined Arms. There’s barely a difference between any of them, it would allow more maps into the rotation, and Bungie is the damn inventor of the multiplayer hopper…it’s odd that they’d forget so quickly.

Legendary weapons in Destiny generally have two bonus modifiers that are randomly selected from a pool of potentials. That means the Shadow Price auto rifle I bought would handle the same as one that came from a Legendary Engram, but it may have different bonuses.

For the Iron Banner event, players can pay two Motes of Light to re-roll those bonuses and, with a little luck and a lot of Motes, craft a weapon into something they truly love. The problem is that the reforging ability is limited to Iron Banner weapons only, and the few available, while somewhat interesting, won’t become my weapons of choice any time soon.

The next event should allow for more reforging, with more pricey reforging of raid weapons and armor. The limited time availability of the forge would keep it exciting, and people would care because it would be with weapons they already love using.

If Iron Banner Reforged is a fix, the next one better be a refresh

I’m far more satisfied with Iron Banner this time around. For one, I can finally stop running the Vault of Glass week after week because I got my Warlock those gloves he needed. That’s huge. It also got me back into Crucible, which I hadn’t been playing as much because the rewards weren’t as good. It was a nice reminder that Destiny’s PvP is every bit as phenomenal as it’s PvE in terms of pure gameplay.

It was also a reminder of how starved for content this game is, as a special one-week event is really just a rotation of five crucible maps over and over again. Going forward, I hope Iron Banner can encourage new ways to play, or be the introduction for new maps and gametypes. I hope Bungie has something up their sleeve to encourage me to grind to rank 5 all over again.