And that’s a good thing.

Sleeping Dogs is the gaming equivalent of a solid page-turner of a novel read in the summer sun. It’s not changing the world and it’s not furthering gaming in any substantial ways, but that doesn’t mean it’s forgettable. Quite the opposite, Sleeping Dogs is, in a nutshell, where we got to with this console generation. Its qualities are the innovations the industry has made and its flaws are the innovations the industry will make in the future.

Sleeping Dogs is a product of a generation of games that’s been refined for seven years. It takes the lessons learned in games like Grand Theft Auto, Batman: Arkham Asylum, Uncharted, Saints Row, and Assassin’s Creed and treats them like its favorite ingredients in a cook book. 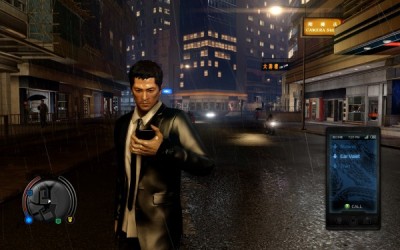 The resulting dish is like a buffet of quality, current generation gaming. You drive to your missions with zippy, fun-over-function car handling, using the GPS breadcrumb trail from GTA and some nice, big guide arrows a la Saints Row: The Third.

Combat takes the Batman Arkham-style counter system and keeps it simple throughout, choosing to just throw a million dudes your way instead of the many layers of mechanics the Batman games incorporate. Then you get a gun, and while the aiming controls aren’t spectacular and I’d prefer that I wasn’t an undercover cop murdering people in the face, the slow motion mechanic is brilliant fun.

Rounding out the gameplay package is some contextual parkour reminiscent of Uncharted or Assassin’s Creed, albeit very simplified. Collectibles are scattered around the world and provide tangible benefits to your character. Similar to Assassin’s Creed, it was easy to waste entirely too much time getting side-tracked by hidden items. 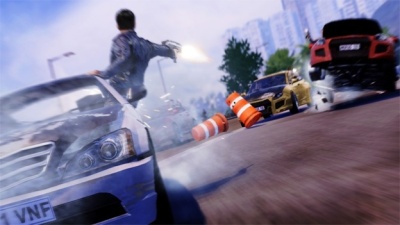 Overall Sleeping Dogs is a varied and quality package. But while it applies some of the most satisfying types of gameplay this generation of gaming has to offer, it also carries a lot of this generation’s baggage. Ludonarrative dissonance is a constant issue in Sleeping Dogs. By the end of the game, the idea that you were in any way a positive force seems patently ridiculous. You’ve murdered half of Hong Kong for the sake of fun gameplay, but as far as the plot is concerned, you’ve stopped the Triad and secured your place as officer of the year.

It’s completely absurd. It’s also something game designers are still working on, and Sleeping Dogs wasn’t a game about moving things forward. That said, this brisk crime drama lets you bang out almost seven years worth of game industry innovation in 10-15 hours. It’s sort of the Cliff Notes version of this generation.