If I learned anything in Computer Science, it’s that computers are finicky bastards. There’s always something wrong with them, and they never do anything right the first time. But it’s those rare moments when everything works that keep me coming back to my PC every day. Yesterday was one of those rare moments, downloading Fallout from Good Old Games, a new website offering digital distribution of PC classics.

A little history – I hate PC gaming. It has nothing to do with the games. I’ve played some amazing stuff like Half-Life, Serious Sam, and Deus Ex over the years. My hatred stems from all the finagling with driver updates, patches, and video card settings, from the fact that I can’t run any of the cool games that come out without a major upgrade, and that I could buy a $2000 PC and still have some dumb incompatibility that would prevent me from playing the latest and greatest games. 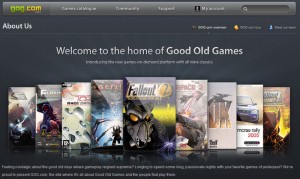 What Good Old Games offers may not be the latest and greatest, but it works. Oh, does it work. After a ten minute download of approximately 550 megabytes, I clicked “NEXT” a few times and I was playing Fallout. It ran impeccably without the need to even adjust a single graphics setting. How I wish PC gaming was always like this…

That’s not all though. It’s not just that the games work fine on XP and Vista machines – PCs that won’t run older stuff without lots of tweaking. Everything purchased on Good Old Games is copy-protection and DRM-free. I’ve never had this sense of legitimate ownership with zeros and ones before. I own Fallout now, it’s mine. Sure, it’s just an installer file on my computer, but I can put it on a disc and keep it forever, let my friends borrow it, even delete it completely and redownload it anytime I want. You get to own the games, not some license agreement – unlike even my favorite console service Xbox Live Arcade, there is no need to be online, or call anyone up and prove you bought the game. Good Old Games is the only digital distribution services where I don’t feel like a convicted thief, guilty before proven innocent. 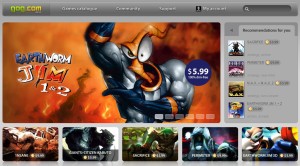 New releases all the time.

Did I mention the games are only $5.99 to $9.99? If you’ve ever tried running older games on new machines then you know skipping that is worth the price of admission. Good Old Games even offers a bunch of extra goodies we expect with retail games. PDF manuals, reference cards, wallpapers, mods and more are included with each purchase. Top that off with a growing library of classics like the aforementioned Fallout, its sequels, Freespace, Giants: Citizen Kabuto, MDK, Kingpin, and more. 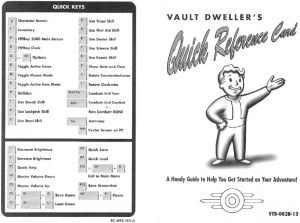 The reference card included in Fallout.

While it’s still in beta, you can sign up for a code right now and join in. Honestly, if this service doesn’t take off you can all quit your whining about invasive copy-protection in games, because it’s probably not going anywhere. Here is where you speak with your wallet, and play some good old games.